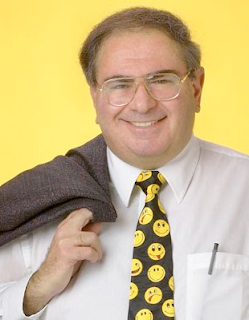 Fairfield Happiness Club meets tonight, 7pm, SHU
(Posted on Fairfield.Patch.com 1/13)
By Mike Lauterborn
© 2011. All Rights Reserved.
1/13/11
Fairfield, CT – Feeling blue? Allowing negative people to bring you down? Accepting certain events as unchangeable? Make a new year’s resolution to change all that and start by attending the monthly meeting of the Fairfield Happiness Club.
The Club meets tonight from 7 to 9 p.m. at Sacred Heart University, 5151 Park Ave., in the University Commons room. Educator/personal life coach Susan T. Dinnocenti will be the featured speaker, presenting a program titled “Filling or Fulfilling Your Life – Choose One!”. Anyone may attend and the program is free.
The latest presentation is one of over a hundred programs that have been presented by the Club since its founding in Jan. 2000 by retired printing executive Lionel Ketchian, 65. Ketchian is a Fairfield resident who has lived in town for the past 40 years, the married father of three children and a grandfather.
Ketchian’s inspiration for the Club began with an awakening back in Dec. 1990. As he described it, “I recognized that I was happy, and thought it was a great feeling. I’d gathered together some emotional wealth and wanted to hold onto it. It was an inner experience and culmination of happiness.”
Over the next 10 years, Ketchian read every book on happiness that was available. He said pickings were slim at the time and only since has there been an explosion of literature on the topic. Ketchian also read several books on philosophy including the works of Socrates.
“There was one thing in particular that Socrates wrote that had a lot of impact on me,” said Ketchian. “’Everything in life is a means to an end except one thing which is happiness, because happiness is an end in itself.’ Essentially, everything a rational person does is to derive happiness. I thought, boy, Socrates has been significant for 2,400 years and yet his teachings have been underutilized.”
He became inspired to teach a course on happiness at Sacred Heart University in Fall 1999. It was an adult education program open to anyone. “I really felt people were not benefiting from happiness, knowledge and value, so I taught the course for that reason.”
At the end of the course, the class said to Ketchian, ‘We didn’t think we could become happy and did’ and asked him if they could continue meeting on a monthly basis. They wanted to reinforce what they had learned and maintain their happiness.
“I started the Club in Jan. 2000 and we have been meeting every month since,” said Ketchian. “This is the beginning of our 12th year. We had 19 people at the very first meeting and participants consisted of both students and other interested people. Now, meetings attract 60 to 70 people on average, and that’s just Fairfield. People who were interested and qualified have run with the format and created their own offshoots. There are now over 80 Happiness Clubs in the world, including 13 branches in Connecticut.
One of the key developments over the past 12 years that has spurred increasing interest in the topic, Ketchian said, is the introduction of Positive Psychology, the study of happiness and strengths, by Dr. Martin Seligman, a noted psychologist at the University of Pennsylvania. Seligman founded the International Positive Psychology Association and has written a number of widely accepted books on the subject.
In addition to leading the monthly Club meetings, Ketchian writes a bi-weekly “Be Happy Zone” column for a Fairfield newspaper, hosts a half hour “The Happiness Show” television program every Monday at 9:30 p.m. on Cablevision Ch. 88 and produces a free newsletter twice a month. These media breach different aspects of happiness, providing tools and ideas for people to use happiness.
“It takes a conscious, aware person to be happy,” said Ketchian. “We’re generally not mindful of available choices. We just allow certain events, circumstances and negative people to dictate our negative reactions and become unhappy. The choice you’re not aware of is the choice you cannot make. What I’ve practiced in my own life and teach is that happiness is a decision. You’re not going to have the life you want by not wanting certain things to happen to you. Most people get up and say, ‘I hope I don’t have a bad day.’ If you make the conscious decision to be happy, things really change, people treat you differently and positive things start to happen.”
For more information about the Happiness Club, contact Lionel Ketchian at 203-258-7777 or visit www.happinessclub.com 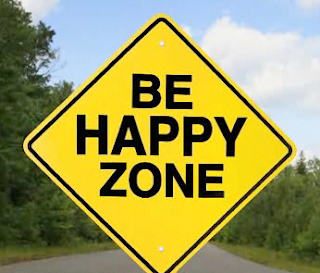 Posted by Mike Lauterborn at 5:25 PM No comments: